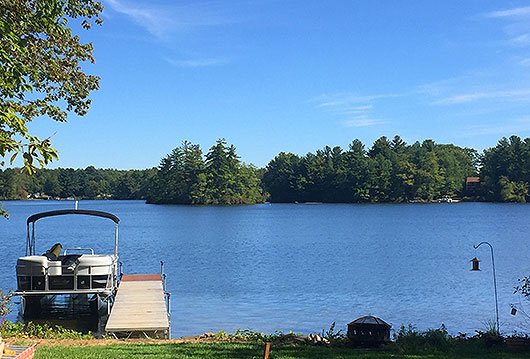 Nitrogen reduction septic systems are extremely important for the Northeastern states of New Hampshire, Maine, and Massachusetts, as they are especially vulnerable to the unhealthy effects of untreated nitrates in drinking water. These states’ poor soil conditions and high concentration of bedrock and granite can aid the flow of untreated wastewater directly into groundwater and surface water. In many communities -- particularly ones located near water bodies or with homes that depend on wells for drinking water -- property owners are being encouraged or even required to add total nitrogen wastewater treatment to new and existing septic systems.

This article explores the source and role of nitrogen compounds in our environment, the impact of harmful nitrate nitrogen to drinking water, and the importance of nitrate reduction for the health and cleanliness of wells and water bodies. It also explains how an innovative alternative nitrogen reduction septic system with a self-contained process can efficiently and cost-effectively prevent pollution of ground water, well water and local water bodies throughout New Hampshire and neighboring states.

The Role and Impact of Nitrogen

Nitrogen is a common element that plays a critical role in the biology of plants, animals and humans. It is a major component of DNA, RNA, and proteins, and is one of the three major nutrients essential for healthy plant growth, alongside phosphorus and potassium.

Nitrogen comprises approximately 78 percent of the air we breathe as a colorless, odorless, tasteless gas (N2) that is relatively non-reactive or inert. Nitrogen cycles naturally through the soil/water environment in a variety of forms, including Nitrogen (N), Ammonia (NH3), Ammonium ion (NH4), Nitrogen gas (N2), Nitrous oxide (N20), Nitric oxide (NO), and Nitrate Ion (NO2 and NO3).

Compared to nitrogen gas, other forms of nitrogen are more reactive, and transformations between different forms occur readily. Most of these natural transformations are assisted by the activity of microorganisms, mainly bacteria, depending on environmental conditions.

Sources of Nitrate loading to Groundwater in New Hampshire, Maine and Vermont

Much of the nitrogen used in agricultural fertilizers is incorporated into plants that are fed to farm animals, leading to some nitrogen passing through in manure and urine.

People also consume food that contains nitrogen and excrete feces and urine that contain nitrogen, so nitrogen is a natural component of on-site waste disposal effluent. With one-third of the U.S. population using onsite sewage systems, over one trillion gallons of waste per year is disposed of below the ground’s surface by these units. (source)

A variety of chemicals, including nitrate, can pass through the soil and potentially contaminate ground water. Beneath agricultural lands, nitrate is the primary form of nitrogen. It is soluble in water and can easily pass through soil to the ground-water table. Nitrate can persist in ground water for decades and accumulate to high levels as more nitrogen is applied to the land surface every year. (source)

New Hampshire, Maine and Massachusetts are particularly vulnerable to nitrates seeping into groundwater, because of the high concentration of cracks in bedrock and granite can aid the flow of untreated wastewater directly into ground and surface water.

Nitrate is considered to be a non-degradable, “conservative” pollutant in ground water. It degrades only slightly by the natural biological process of denitrification, which requires ideal conditions of low oxygen content and high organic matter content. Conservative pollutants can only be minimized by dilution or advanced treatment in onsite sewage disposal systems. (source)

Moderate levels of nitrate nitrogen in drinking water poses a significant threat to the health of human infants. When ingested, nitrate can interfere with the blood's ability to carry oxygen. Babies with this condition often have a bluish skin coloring, so it is sometimes referred to as “blue baby syndrome.”

Older septic tanks that were installed 40-60 years ago are a major concern and potential source of groundwater contamination. Throughout the Northeast, there are homes with unknown systems, or no system for treating wastewater, so raw wastewater is discharged directly into the ground, or on bedrock and granite with cracks that allow seepage into ground water and residential wells. People drinking water from these wells are at risk of drinking high levels of harmful nitrate nitrogen.

The Evolution of Wastewater Treatment

Wastewater treatment has evolved since the 1970s. Up until then, it was considered acceptable for a septic tank to be discharged directly into a river.

In 1972, the Clean Water Act (CWA) established a structure for regulating discharges of pollutants into the waters of the United States and regulating quality standards for surface waters. It broadly defines a pollutant as any type of industrial, municipal, and agricultural waste discharged into water. A few examples include solid waste, sewage, garbage, sewage sludge, biological materials, and agricultural waste. (source)

The CWA made it unlawful to discharge any pollutant from a point source into navigable waters unless a permit was obtained. The National Pollutant Discharge Elimination System (NPDES) permit program helps to address water pollution by controlling discharges. Individual homes that are connected to a municipal system, use a septic system, or do not have a surface discharge do not need an NPDES permit; however, industrial, municipal, and other facilities must obtain permits if their discharges go directly to surface waters. (source) 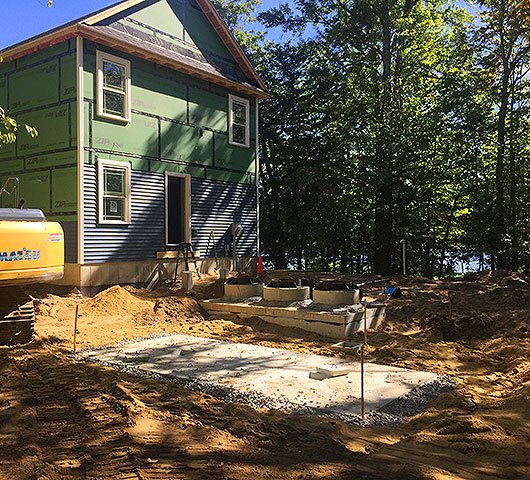 Wastewater contains billions of naturally-occurring microbes that contain bacteria and pathogens. Much like humans, microbes need food and air to live, so they feed on organic human waste, and need air to grow and reproduce.

Any body of water has an oxygen demand, and the lower the oxygen demand, the cleaner the water is. On average, domestic raw wastewater contains between 150-300 mg per liter of oxygen. One of the parameters used to test wastewater is the Biochemical Oxygen Demand (BOD) test, a parameter that tests for how much oxygen is required to neutralize the organic material in wastewater. The Norweco TNT (Total Nitrogen Treatment) system works to reduce the weight of solids in wastewater by up to 98% by reducing its BOD.

The Norweco TNT is an innovative alternative treatment unit (ATU) specifically designed for residential total nitrogen wastewater treatment. Much like the Norweco Singulair® system, the TNT is ideal for properties located in coastal areas or near other water bodies.

Above and beyond the capabilities of a typical system, the Norweco TNT removes nitrogen from waste water using a proven method of controlling the delivery of oxygen into the system. Through Norweco’s system of cycling oxygen for one hour on and one hour off, the Ammonia Nitrogen (NH3) that comes into the tank is converted to nitrate nitrogen by bacteria and microorganisms in the tank, and the one-hour “off” cycle depletes the oxygen in the tank to facilitate the break-up of bacteria and neutralize the nitrate compound.

The treated effluent that leaves the tank of a Norweco TNT System is certified by the National Sanitation Foundation (NSF) and American National Standards Institute (ANSI) to the NSF/ANSI Standard 245 for Nitrogen Reduction of compounds including nitrate nitrogen, ammonia nitrogen, and organic nitrogen.

While the NSF standard is 50 percent reduction from influent to effluent (or from raw waste to treated water), the Norweco TNT consistently tests to a 68 percent reduction, to 12 mg/liter, or parts per million, of total nitrogen.

A.J. Foss in Farmington, New Hampshire, is the region’s factory-trained and licensed Norweco manufacturer and installer. Owner Jon Cardinal explains what differentiates the Norweco TNT System from other alternative on-site sewage systems installed in New Hampshire, Massachusetts and Maine. He explains, “The Norweco TNT performs all of the treatment in one tank, without the need for (and expense of) installing a separate nitrogen treatment system. For example, competing solutions cannot handle all of the treatment with one unit, so they require the additional cost of a separate system for nitrogen treatment.”

Regarding nitrate-reduction regulations, Jon notes, “Although the New Hampshire Department of Environmental Services has not yet mandated requirements regarding onsite wastewater systems and nitrogen reduction, several towns have already implemented strict requirements, such as Durham, Rye and Newcastle, and others.”